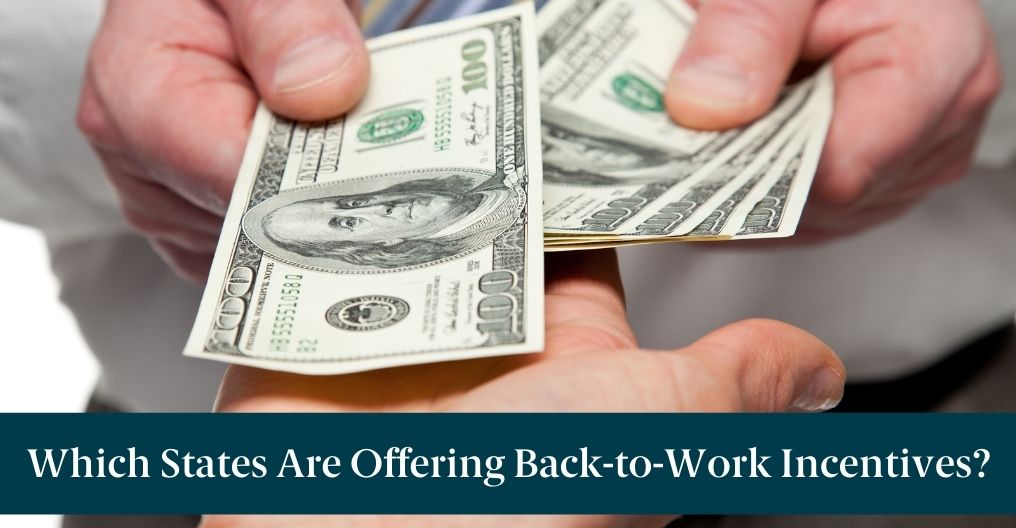 Which States Are Offering Back-to-Work Incentives?

As a labor crisis looms in the US with a perceived shortage of workers, several states have opted to reduce unemployment benefits and offer back-to-work incentives instead. This movement is intended to lower the country’s unemployment rate and help struggling businesses maintain healthy staffing levels, although some economists disagree on its potential effectiveness. Find out which states have implemented — or plan to implement — these return-to-work incentives.

On May 13, Arizona proclaimed that it would no longer be partaking in the Federal Pandemic Unemployment Compensation (FPUC) initiative. Instead, they plan on using federal funds to provide their residents with a return-to-work incentive. If residents return to full-time work, they can receive a bonus of $2,000. If you cannot return full-time but instead could work part-time, then you could still expect a bonus, but it would only be $1,000.

The only conditions that are required to receive this incentive are that you must already be receiving unemployment aid, you cannot be paid more than $25 per hour at the new position, and individuals must complete at least 10 weeks of work with the new employer.

Colorado has seen a decrease in new filers for their state unemployment benefits, but they are offering a return-to-work bonus to continue this trend. This will come as a $1,600 incentive for those who received at least $25 in weekly federal aid between March 28 and May 16. The money will be offered to people who work full-time by May 29 and remain employed with the same employer for at least eight weeks. If you were unable to return to work during that time but were still receiving benefits, residents could still receive up to $1,200. This is called the Colorado Jumpstart Incentive, and it is predicted to total at $500,000 by the end of its use.

Having created the Back to Work CT program, Connecticut will provide a $1,000 one-time payment to its 10,000 long-term unemployed residents. It has been designed to encourage those who have been out of work for a lengthy period of time to find work and return to the way things were before the pandemic started.

To be eligible, workers must have filed for unemployment with the state prior to May 30, must find and keep a full-time job for eight consecutive weeks, and not receive unemployment benefits while they are employed. As long as they follow these guidelines, there could be a lucrative payout coming to many residents.

This state was one of the first to stop participating in the FPUC program. Leaders chose to offer a return-to-work bonus of $1,200 to those who rejoin the workforce. The state has pledged $15 million to this program, but it is on a first-come, first-served basis. This initiative is meant to help up to 12,500 workers within Montana, even though their recorded unemployment rate is less than that. The main reason for this is because there has also been an influx of people moving into the state and seeking to start over after the devastating impact of the global pandemic. They wish to make sure that those who are coming in will also have a chance at this great incentive, but it is only available until the end of October.

Trying to faze out their participation in the unemployment benefits offered by the federal government by mid-June, New Hampshire leaders are offering back-to-work benefits in the form of a bonus. With $10 million pledged to this, they will offer a one-time payout of $1,000 for those who are able to maintain full-time employment for eight consecutive weeks. For part-time employees, they will be offered a smaller amount for doing the same. Part-time employees will see $500 added to their accounts to help them as well.

To be eligible, workers must make less than $25 per hour and meet the attendance requirements. This should help to get employees back into positions as the state starts to reopen and even encourage people to move in and take advantage of this program.

Similar to other states, Oklahoma has announced its intent to withdraw from the Federal Pandemic Unemployment Compensation program by the end of June and instead replace its bonus with one of its own. The first 20,000 residents to return to work would receive a $1,200 one-time bonus payment. This money will be paid by the American Rescue Plan program instead of by the state government. Only those who have received unemployment benefits between May 2 and May 15 and who complete six consecutive weeks with a single employer will find themselves receiving the incentive, which will go out in mid-July.

These six states listed above might soon be followed by others with leaders who’d like to reduce weekly unemployment benefits and offer back-to-work bonuses. The list includes West Virginia as well as North Carolina.

What These Bonuses Mean for Employers 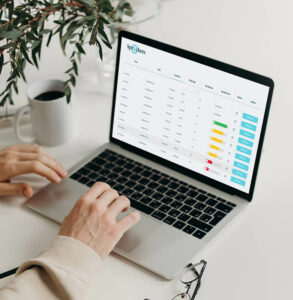 If you’re a business owner in one of these states, you might begin to see an increase in the number of potential hires searching for employment. However, how do you attract these job seekers, particularly the ideal applicants for your team?

The answer is simple: Sprockets. Our AI-powered platform takes what makes your top-performing employees great and finds shared characteristics with incoming applicants. Sprockets even offers free posting to popular job boards as well as “Virtual Recruiters” who alert you when they find stellar candidates, allowing you and your managers to focus more on daily operations rather than the hiring process.

Schedule a demo today to see how Sprockets can augment sourcing efforts, identify the ideal applicants, and improve your employee retention!

Hire the Best Applicants
Login to Sprockets
Reset Password
Enter the username or e-mail you used in your profile. A password reset link will be sent to you by email.